And my choice was between this one and the one from Ultimaker. I went for BCN3D being cheaper and local. 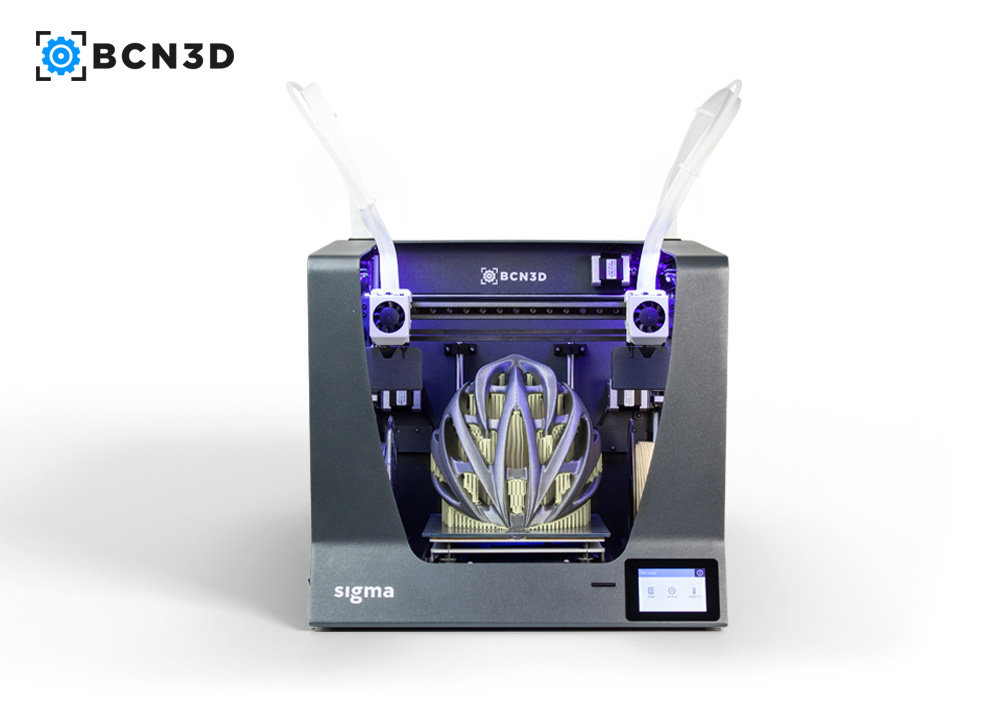 The first experiences this week are very positive, still few things could improve.

The packaging shows a good deal of thought behind, interface is simple and there are plenty of improvements compared to my BCN3D original 4 years old already.

As you start an assistant kicks in that lets you load filament and calibrate heated bed and the extruders. Very simple and effective.

And then you make it work as usual with a SD card.

The software seemed to me a bit basic because it is a customized version of Cura for BCN3D and it is not updated. So I am missing some functionality for example the support options are limited. There is also the option to use Simplify3D but I haven’t tried yet.

With the software you also get profiles for different materials and quality by default which makes things easier.

The same night I unboxed I was already printing, after doing the setup process 🙂

With BCN3D I have a problem that I need to sort out. It doesn’t print with exact size on Z axis. Since I had to change the electronics a couple of months ago, I don’t have a clue of the reason behind…and I think it was happening already before that. The fact is that for 3D printing services that require exact measurements I was not in a condition to provide them, wile for figurines and other objects without precision there was no issue at all as we speak of a difference of 1 mm over 150 mm total height.

And now with the Sigma I just got a couple of requests packed in this week about parts for 3D printer kits. Waiting for the feedback 😉

While I am writing this I am 3D printing a Draudi in two colors, a must!! 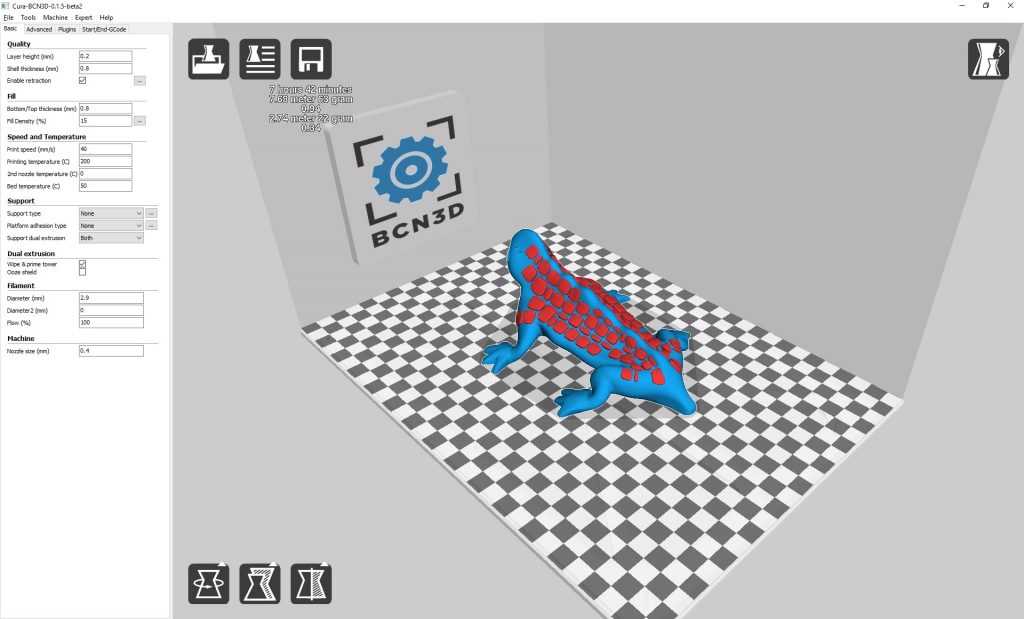 The progress up to now:

Although I know BCN3D Technologies and its CEO Roger, I have no relationship with them. I bought this printer because I think this is a good machine among Dual Extruders.

In fact I bought it at Tresdenou, a shop in Poble Nou (Barcelona) managed by Rafa and César. They are members of the 3D Print Barcelona group for three years I guess, but less involved lately since they have to cover the commercial schedule and we meet just at the other side of Barcelona.

Good people, always willing to help, and I did not doubt for a second buying from them since I know I would have excellent local support if I need it. ¡¡Very recommended!!

I bet for local. You know, if you buy from China you better be independent to repair all the issues that the machine may bring at the beginning, or those that you can make afterwards.

This post is not in any case a review of the machine, simply my first impression as advanced user. I do not perform thorough reviews and I do not have intention to perform them. For this you have several youtubers that have already published.