Next week I start a course at Punt Multimèdia: Maker 3D Sculpture with laser cutting.

Bottom down, it’s about making an object that we want to have from a 3D model downloaded from a repository. We modify it to our taste to convert it in a pencil holder, knife holder or anything you want. And then using Slicer for Fusion 360 we convert it into an assembly of flat slices that we can cut with a laser cutter.

Slicer for Fusion 360 is a software previously known as 123D Make, with practically no changes despite the name change. However I expect that in the future it will end up integrated in Fusion 360, that’s why I included a part of Fusion 360 training in this course.

We will use material like wood or cardboard, and you can also use any kind of material supported by a laser cutter.

The course takes 8h and starts on February 7th, in four 2h sessions. To find out more and join the course go to the Punt Multimèdia website: 3D MAKER SCULPTURE WITH LASER CUTTER.

I went through the whole process from scratch with a rhinoceros head, as an example while preparing the course. In fact, it was not the best model. We’ll see later, but the good thing is that it let’s you see some of the stuff to avoid.

We will use the rhinoceros head, downloaded from the Internet.

Thanks to Ricardo-JFA. The model is available here. 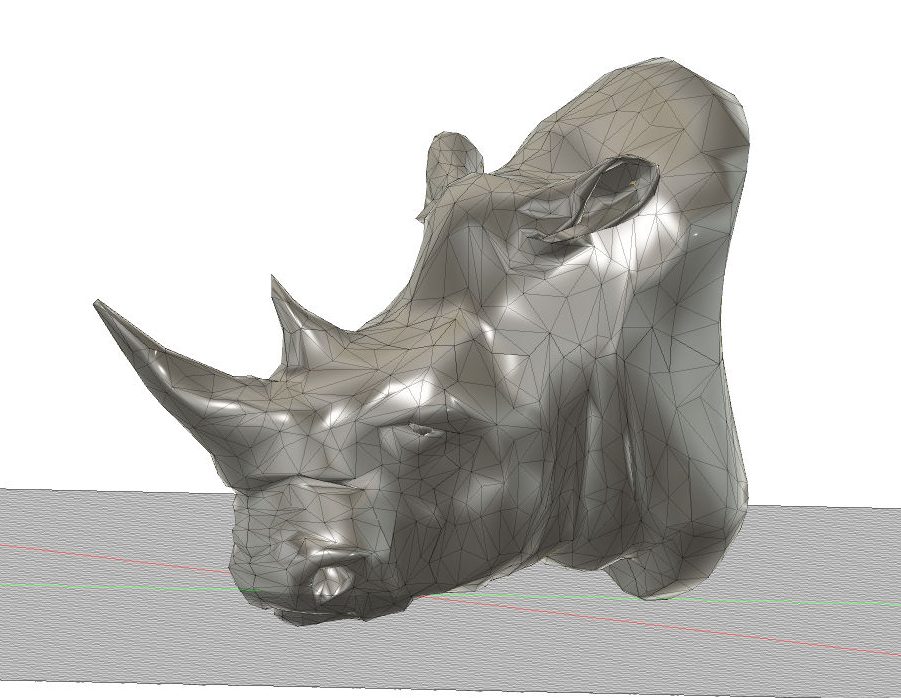 STL representation of the low poly Rhinoceros in Fusion 360.

We load the STL in Fusion 360 and modify it to convert it in a pencil holder, by adding a hole and cutting the bottom to make it flatter. 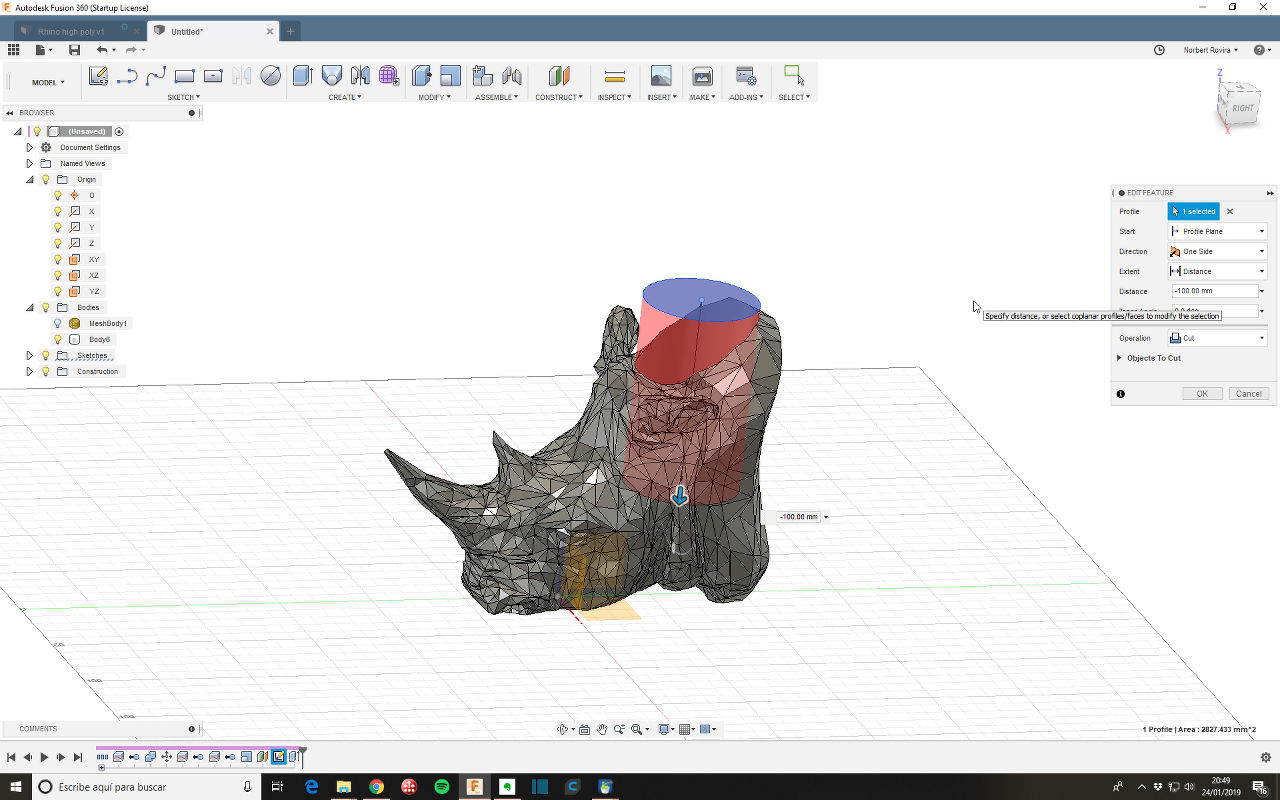 We transfer the modified model to Slicer for Fusion 360 where you can assign the material to use, construction technique and cut orientation.

In this example we use Stacked Slices, 3mm MDF slices to pile. In the right side of the picture below, you can see the cut layout and the number of MDF boards needed.

As I said, this model is not ideal because the blue colored pieces mark that these will be loose. There are no dowels and they will be difficult to mount. This is specially obvious for the horns and the ears. 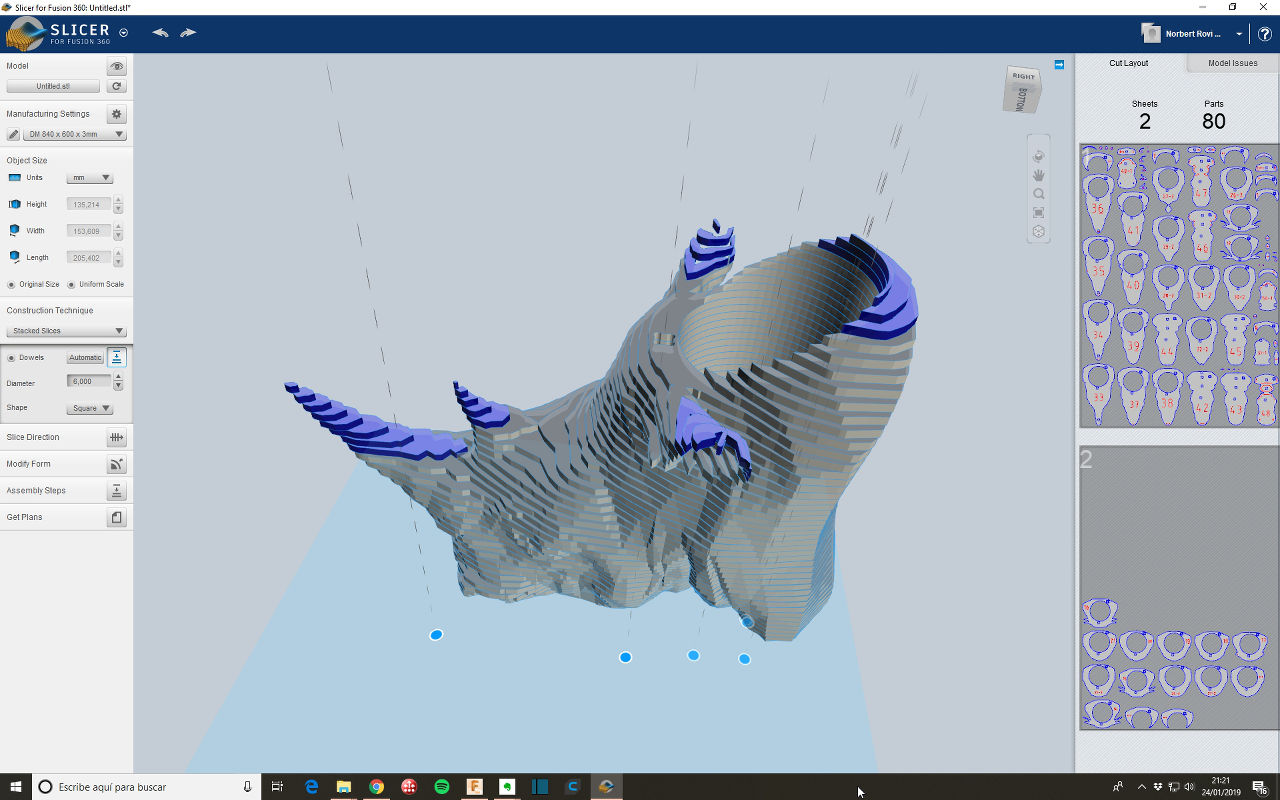 From the option Get Plans you can export in different formats, in our case in DXF to use it with the laser cutter software: Thunder Laser.

The blue lines are cuts and the red lines are engraving, so the slice numbers to help in the assembly.

The same model can be exported as a mesh in STL or OBJ, just in case you want to apply this type of transformations to a model and don’t need to physically cut it.

We launch the laser cut with 3mm MDF.

And here come the most labor-intensive task, to assemble and glue the pieces together. If you want a better looking I recommend to sand a bit the sides of each slice to get rid of the laser burnt look. This is quite some work, and I did not do it due to time limitation. That’s why the result looks so black. 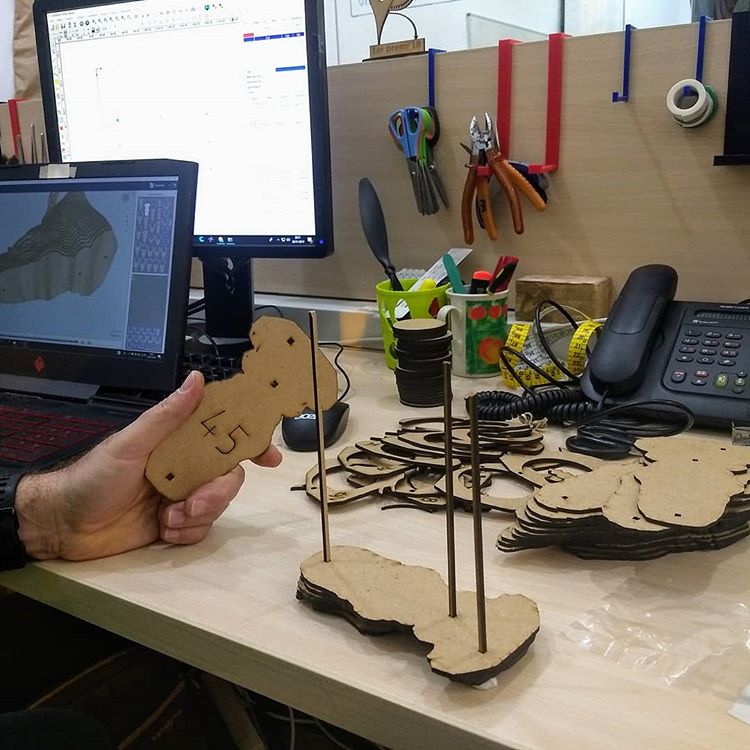 The program let’s you add dowels, that you can use as rails to make assembly easier.

As I was lacking of pens or pencils, we took a couple of sanders. We put some decoration tools for the picture 😛 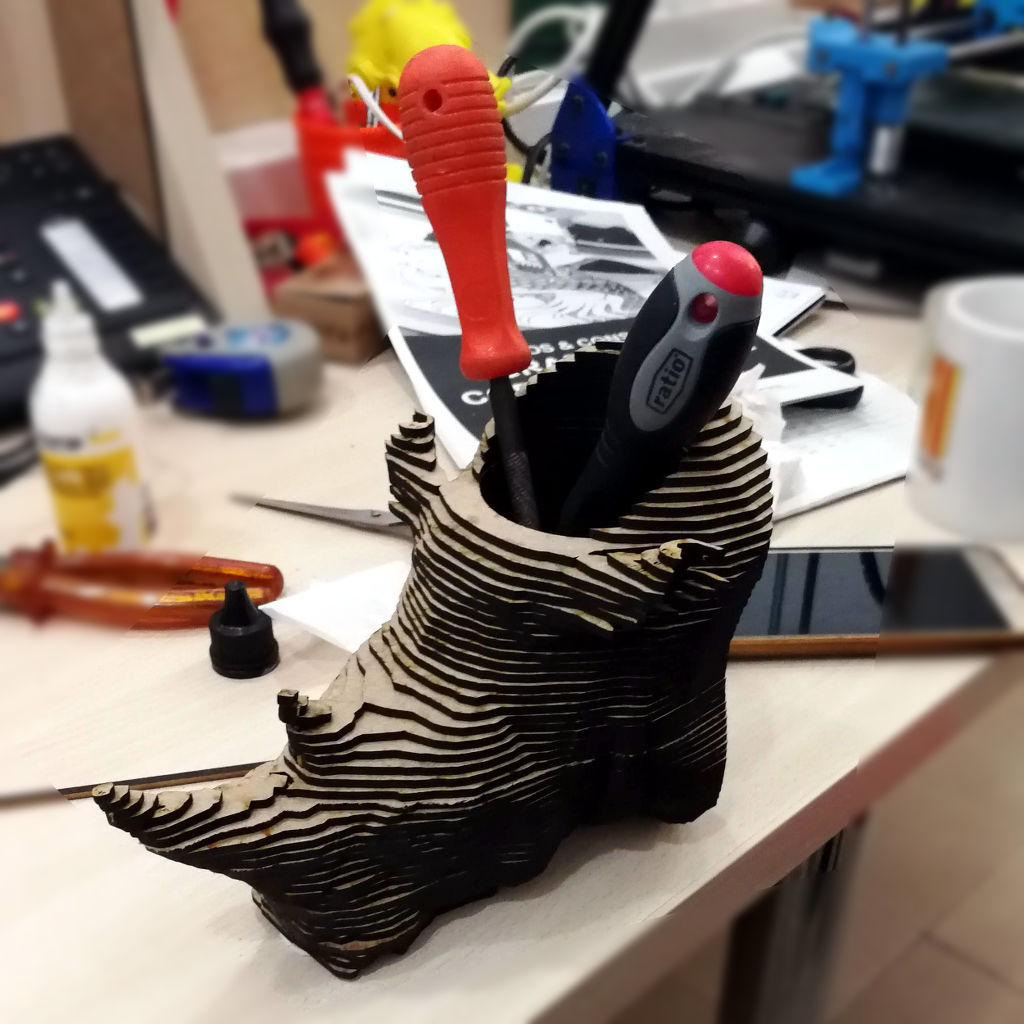 There are several construction techniques. I showed the most labor-intensive, but you can also use others like Interlocked Slices to get an idea of the volume with slices that are assembled in an interlocking way. This is quicker to mount. You can find a lot of animal heads made with this style, ready to hang on the wall! 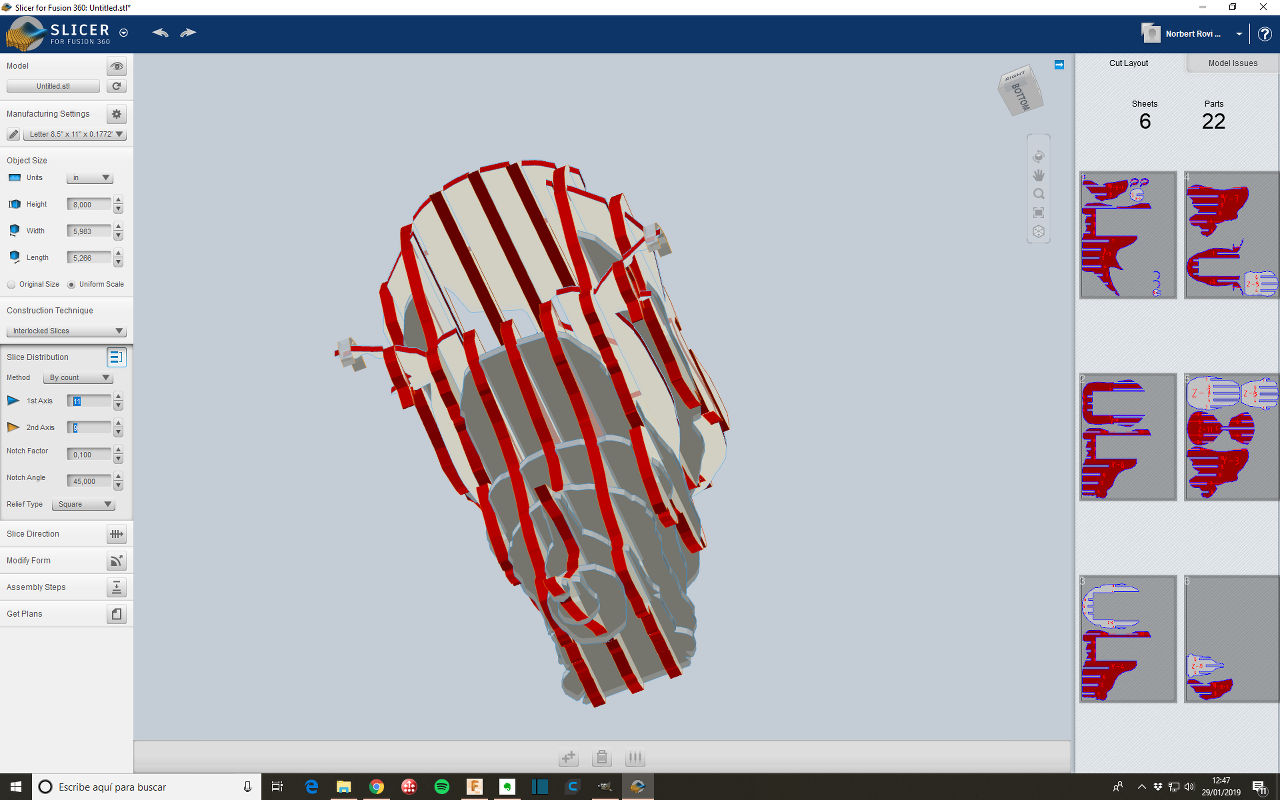 So you know now, if you are interested to learn all these techniques and what you can make out of it, enroll now.

If you want to learn Fusion 360 in depth to use it as your design tool, I recommend the course Introduction to Fusion 360 that I give at Bits & Books starting on February 13th.