Up to now I’ve doing workshops in Barcelona to teach tools like Fusion 360, Tinkercad, or more generic about 3D printing.

But this week I had a different experience, because one client asked me to give him Fusion 360 private lessons for a particular project. I usually show the design tools to build the models (sketch/model, patch, sculpt) and then a quick view of what you can do with the rest of modules or workspaces. But in this case all the training was aligned to a pretty defined objective, and it was a very interesting experience because you finish with the final product completed, or almost complete but the client has the knowledge and tools for the small details that may be missing.

The client Miñarro has a business focused in vinyl fabrication, and he had to make a render of a stand for a fair, showing how it would look like with all the graphics in place.

We started from scratch, defining the sketches for the stand layout by creating 2D sketches of the whole area, the carpet, the walls, etc and then we just built up with extrusions.

Something I hadn’t noticed before is that Fusion 360 has two options to import graphics, canvas and decal, but only the second is shown in renders.

However the first method canvas is easier to adjust over a surface to cover it completely. I miss an option for decals, to let them fit graphics perfectly over a whole wall or a cylinder. As of now, we had to play with scale and translate to make it look ok, but it is a very manual task.

I spent around 5h teaching Fusion 360 basics, switching between the modeling and render workspaces. And he learned fast! for example for the final composition we did not have bar chairs and tables that let us change the appearance partially for the different materials (the STL, OBJ, etc do not work for this, although STEP probably does). So we ended up modeling the tables and chairs from scratch. 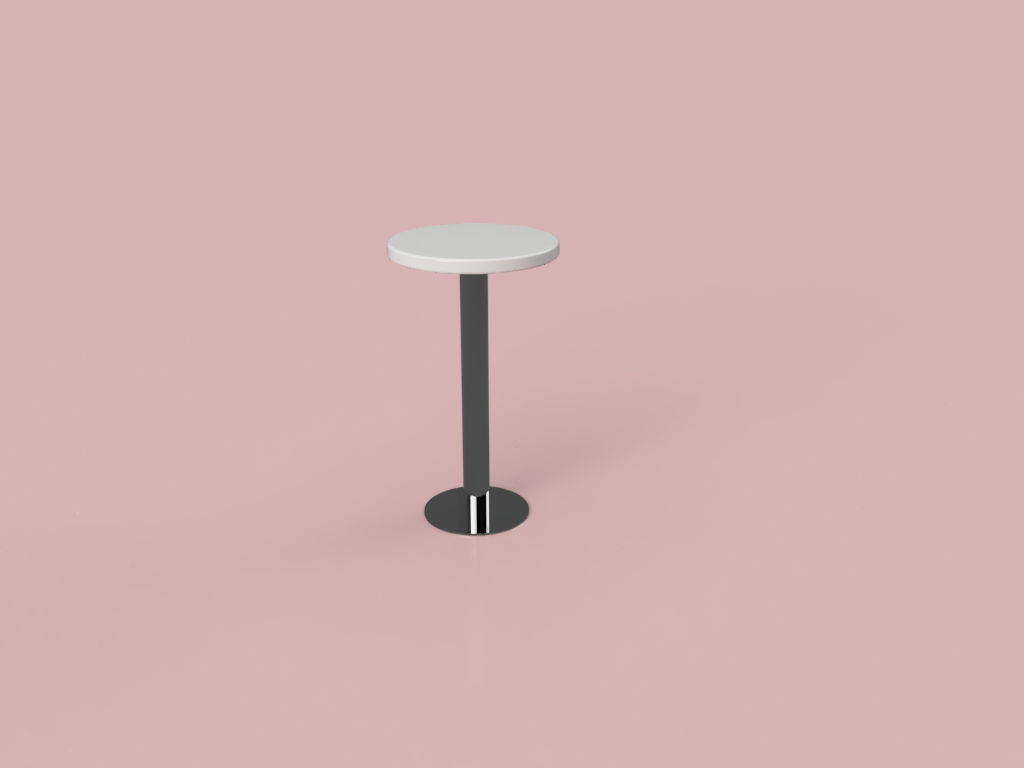 A quick render of the bar table, with two materials. I cannot show the final stand until the fair takes place.

Afterwards with pattern function you can duplicate as many times as you want all over the stand.

The result was frankly rewarding, moreover seeing directly the client’s satisfaction. In the workshops with many attendees it is more difficult to get this kind of direct feedback…

Miñarro sent me some pictures of the real stand after the event as well as the model he designed right after the lessons. I took a couple of in-canvas renders. That’s really taking advantage of 5h training!!

My client’s objective was simply to make a preview of the space and vinyls layout for his client, it was not about a photorealistic project. So for this short time dedicated to training it worked perfectly. 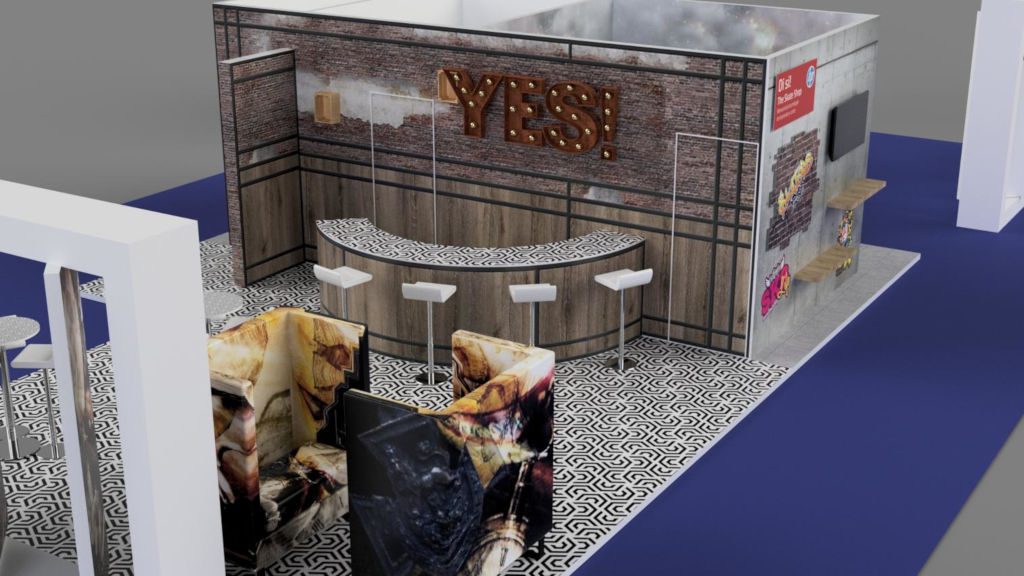 A render of the stand designed in Fusion 360 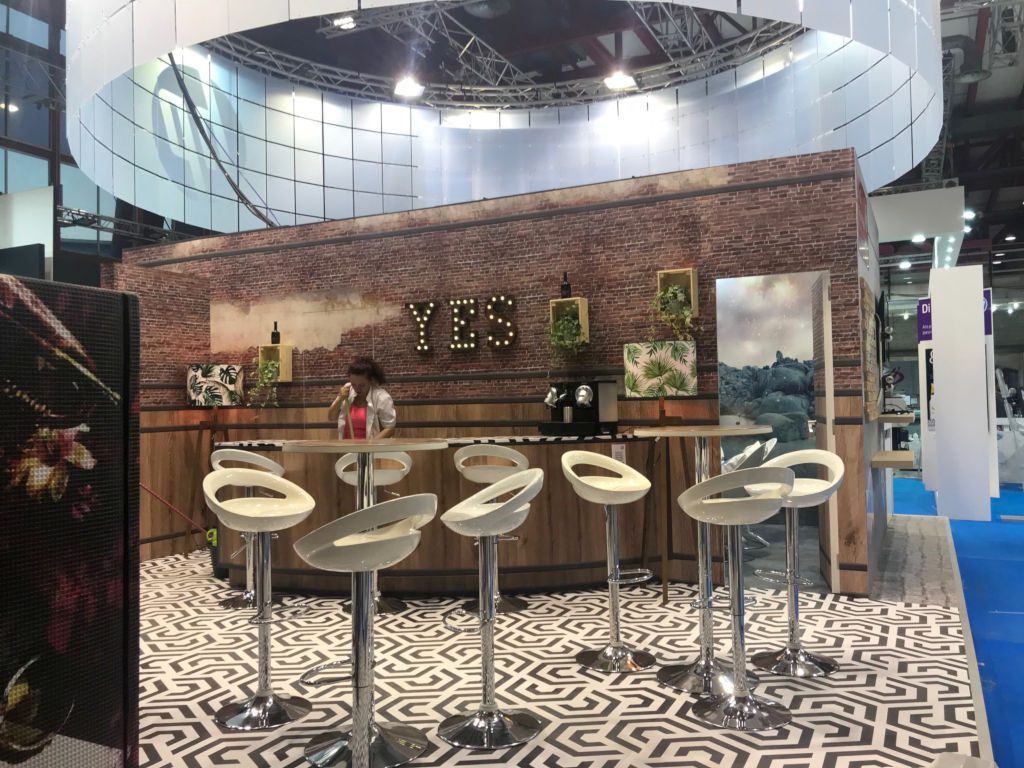 Picture of the real stand real at the fair 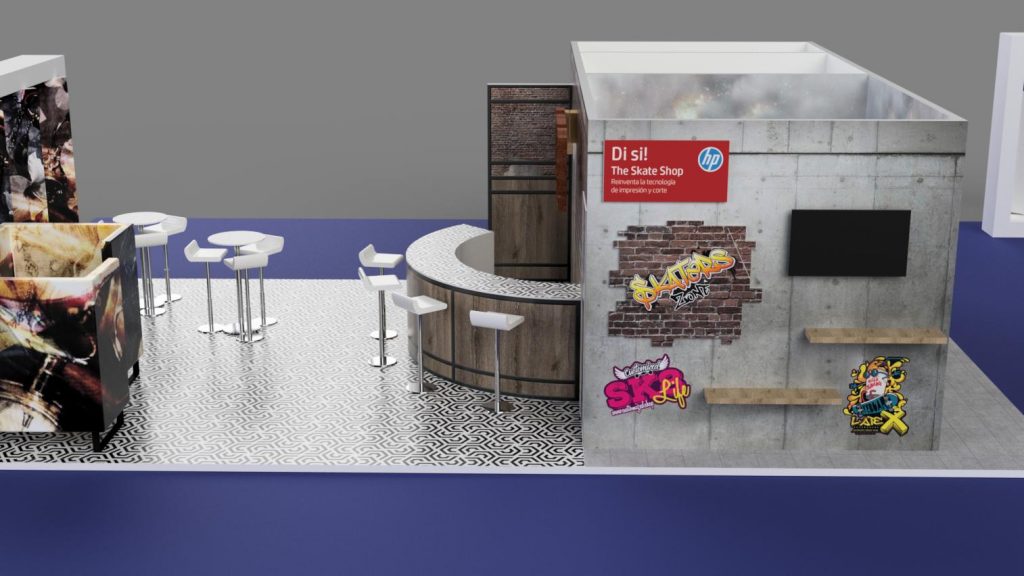 Render of the Skate zone 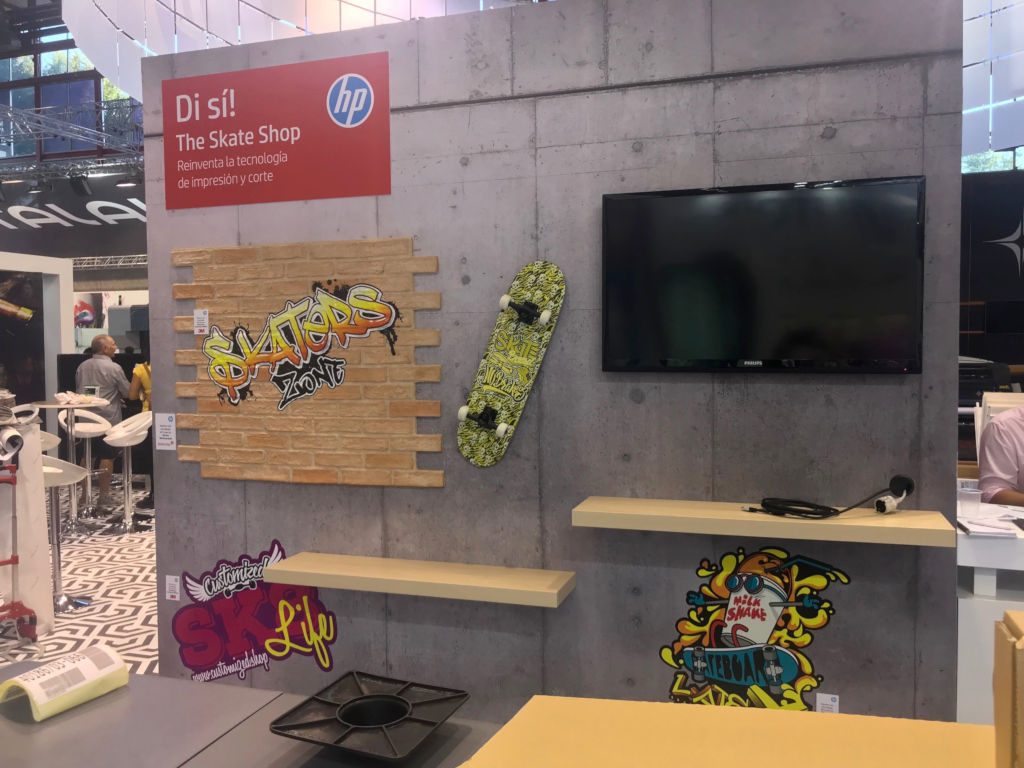 Picture of the real Skate zone at the fair

So to conclude, I opened the option to teach private lessons focused on a product outcome or a project with a specific need, while you learn at the same time how to take the best out of Fusion 360 tool. I am currently doing workshops or giving classes in Barcelona, but if you pay for the trip I can go anywhere also 😉

I also opened he option for online private lessons, using Skype and Hangout to have two screens to interact, just in cae you are not in Barcelona area.