Series of 10 minutes of Fusion 360 videos

I recently started in YouTube channel NorMaker a series of videos about Fusion 360 with a maximum duration of ten minutes.

The objective was in fact more to force myself to practice designing different things every day, that I wouldn’t do in the normal CAD jobs I get. It was also about doing it with speed, or at least that’s the idea while I improvise on a concept. There is a simple render (in-canvas) at the end with the outcome I managed to make.

People liked the series of videos as a source to learn about Fusion 360, since I was showing the tool in action building valid elements in short time and in real time. The only drawback is that to maintain the production rhythm of one video per day I had to cut in some nice to have stuff. So, they are not narrated and the music is always the same in all videos to cut video edition time (if you have enough of the same tune, just turn the volume down!). Even though, it took me easily an hour a day.

As I find myself in trouble sometimes, you can also learn what not to do and how to sort it out, if you pay attention, since some operations may have limitations. In fact, sometimes I spend more time thinking what to do or how to do it than actually doing it. Ten minutes don’t last for much, and I often do not finish my objetive fo the day. The benefit is in the process, even if some details are missing to make a functional object. 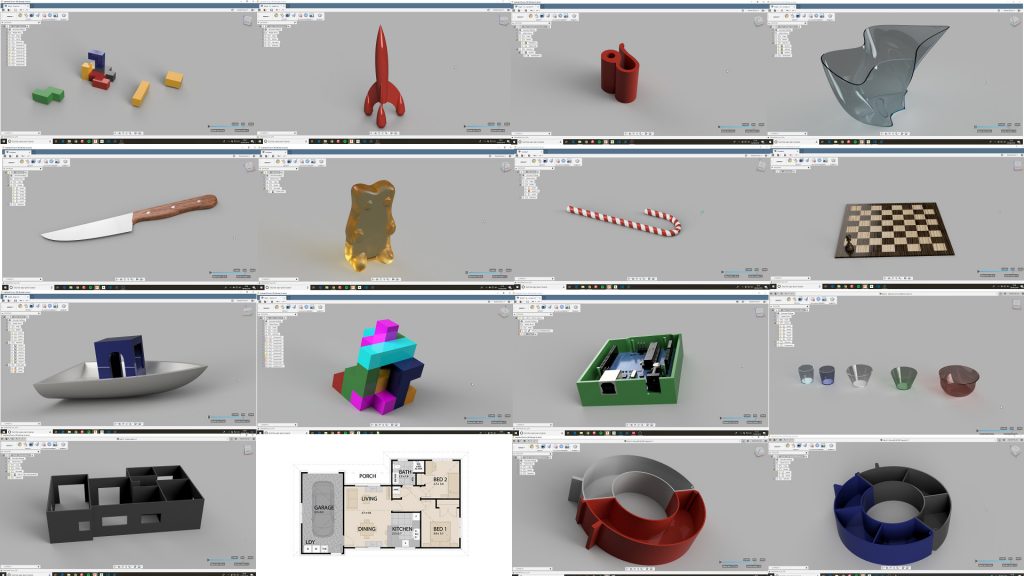 Sample of the 15th first projects

The series was limited to 30 days and we saw things like:

You can find these designs in Fusion 360 format in Github. Then you can see in detail steps taken for each model and how they were made, as well as reuse some designs. License CC-BY-SA-NC. 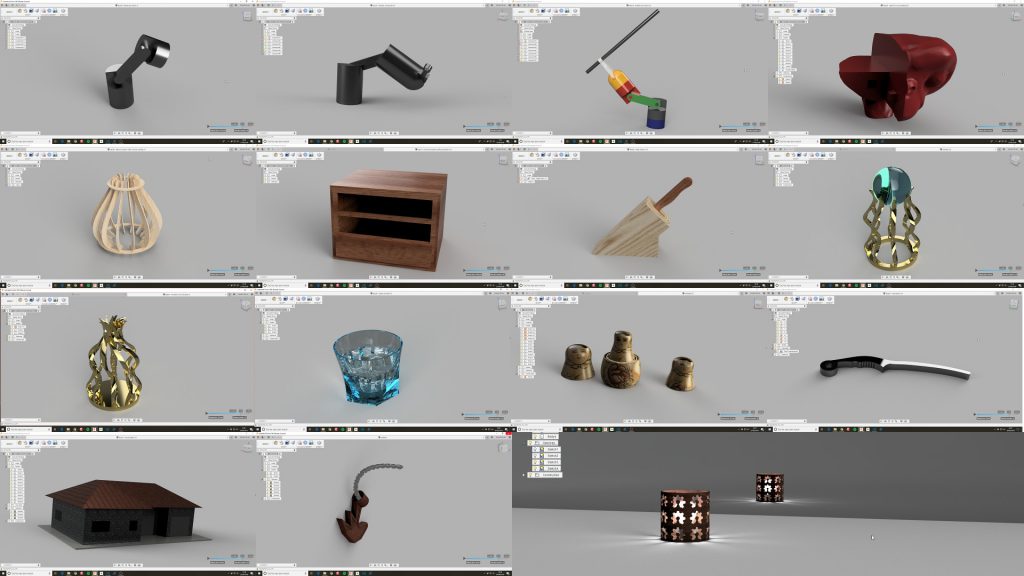 Other tutorials of Fusion 360

In addition to these videos I have other narrated that are more instructive, although longer. From my point of view, the playlist 10 minutes of Fusion 360 may be useful to you to see what the application can do, you may even have to model something similar to one of the examples and can see one of the possible techniques to design it. Generally, there are several ways to get to the same result, some more efficient than others, for sure. But it can also happen that the least efficient ones are however the easiest to modify later on. As always you need to look for what you need in each particular project.

If you want to learn Fusion 360 (in Spanish), you have two options:

In these videos I recommend to follow with another computer (or two screens) repeating  what I do in Fusion 360 while I explain. The majority of videos last about half an hour, so this is for you only if you really want to learn the tool and spend time. It is really comprehensive, so don’t expect to learn it in a couple of hours.

There are plenty of tutorials in English, and those from Fusion 360 evangelists are really good, but I haven’t found much content with quality in Spanish. That’s why I started a channel on my own.

And when I talk about quality I don’t refer to the video edition, I am also bad on this, but to the content. Content is king, they say.

Fusion 360 is so flexible that some channels show bad practices. They get to the result they want, true, but at some moment it’s going to turn against you or i’s simply very inefficient.

I don’t have 30 years of CAD experience under my belt, but I take the time to learn every day and keep improving, with a lot of time dedication, of course.

If you have any suggestion about something you would like to see leave it in the comments and if it is doable I an make a video on the topic.