I just watched “The Imitation Game” movie based on Alan Turing‘s life and his involvement with breaking the nazi encryption codes during World War II. The machine used to encrypt messages was known as Enigma. 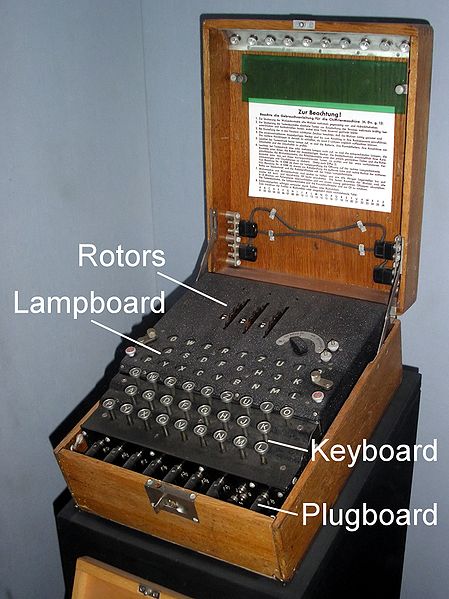 The movie is based on the book “Alan Turing: The Enigma” by Andrew Hodges.

There are of course some inaccuracies, as you usually find in any Hollywood movie where the story and the entertainment is more important than a good depiction of any real fact.

Anyway, yes it entertains and I recommend to watch it. This one is purely focused on Alan Turing’s character and personality, sort of intend of a biopic.

I also watched another film some years ago that I remember more interesting to me, because there was more focus on the Enigma machine, the decryption process and techniques. But also full of inaccuracies, for example on the Polish involvement. In this case the film was presented as fictional so nothing to complain 😉

The title was simply “Enigma“.

Back to the Imitation Game movie, what I found a bit nonsense is that the title is based on Turing’s work in 1950 paper “Computing Machinery and Intelligence” where he defines a test to be able to identify if an individual is a person or a computer, on a loose description. Check here for more details.

Anyway, the funny thing is that the film mainly shows his work in Bletchley Park as cryptoanalyst to decypher the Enigma codes, and there are only few minutes dedicated to the question of computers thinking. Why this title? I don’t know. Maybe it’s just a marketing decision. In any case, the title is not representative of the film at all.