I was in Argentina for work and used the opportunity to visit the guys from Trimaker.Trimaker is a resin 3d printer with DLP made in Buenos Aires.

I was very warm welcome,  and they let me take some pictures. 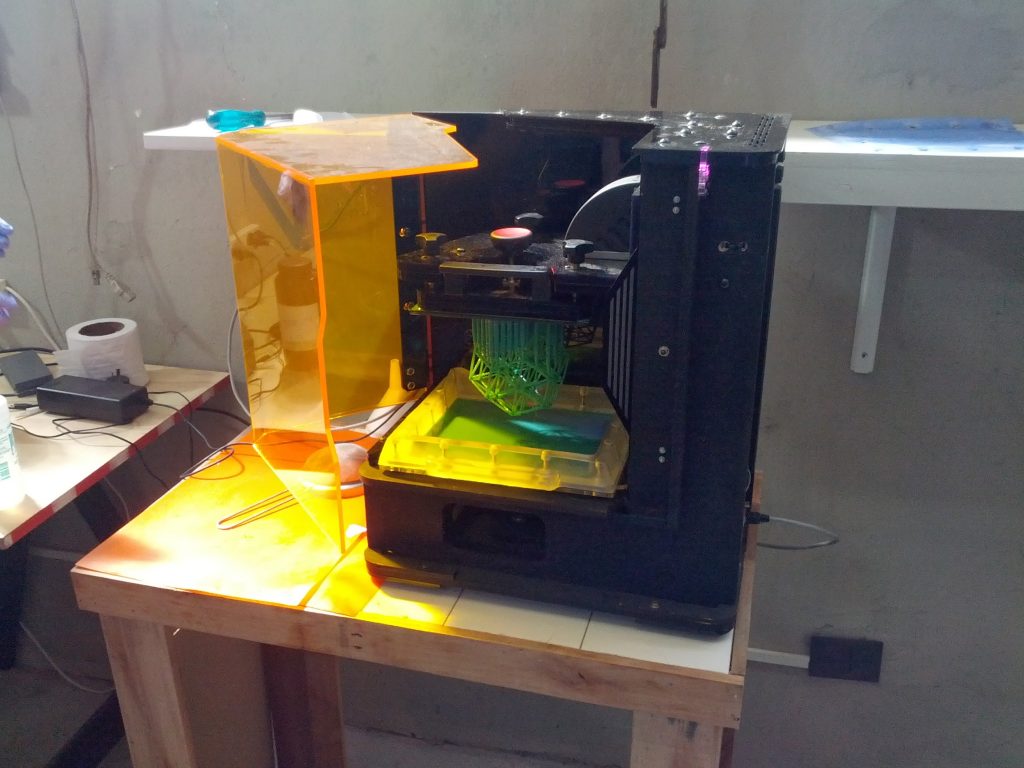 They currently have around 40 printers sold. Most of them in Argentina and few in Uruguay. If I understood properly they already have a second version of the printer, that will require less customer service effort thanks to the improvements included. In fact the pictures are from the new one, if I am not mistaken.

I learnt that they came to Barcelona a month ago and visited MADE, met with Joan (he is now in an accelerator in the Netherlands developing his own resin 3dprinter) and they also met the Rapid Prototyping Association. 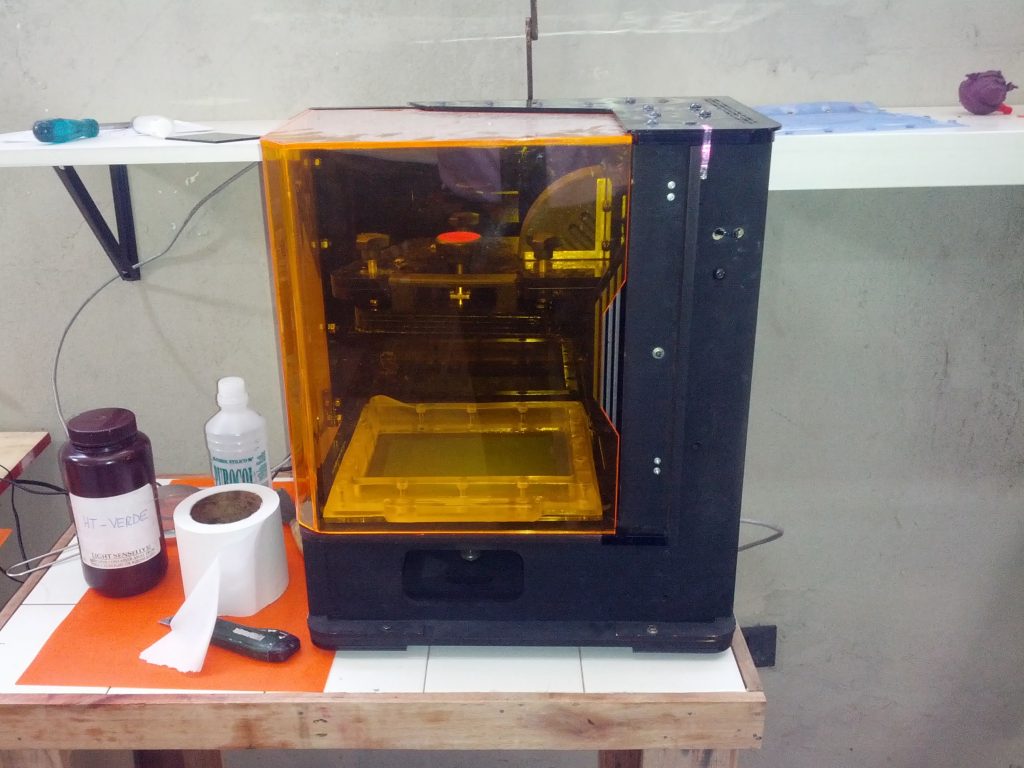 I was really well welcome and I met Juan one of the partners, Gastón who does business development, Karen an industrial designer, and Maximiliano the developer.

Here you have a couple of pictures of an object just finished, with all the supports and the plaque I mentioned above. 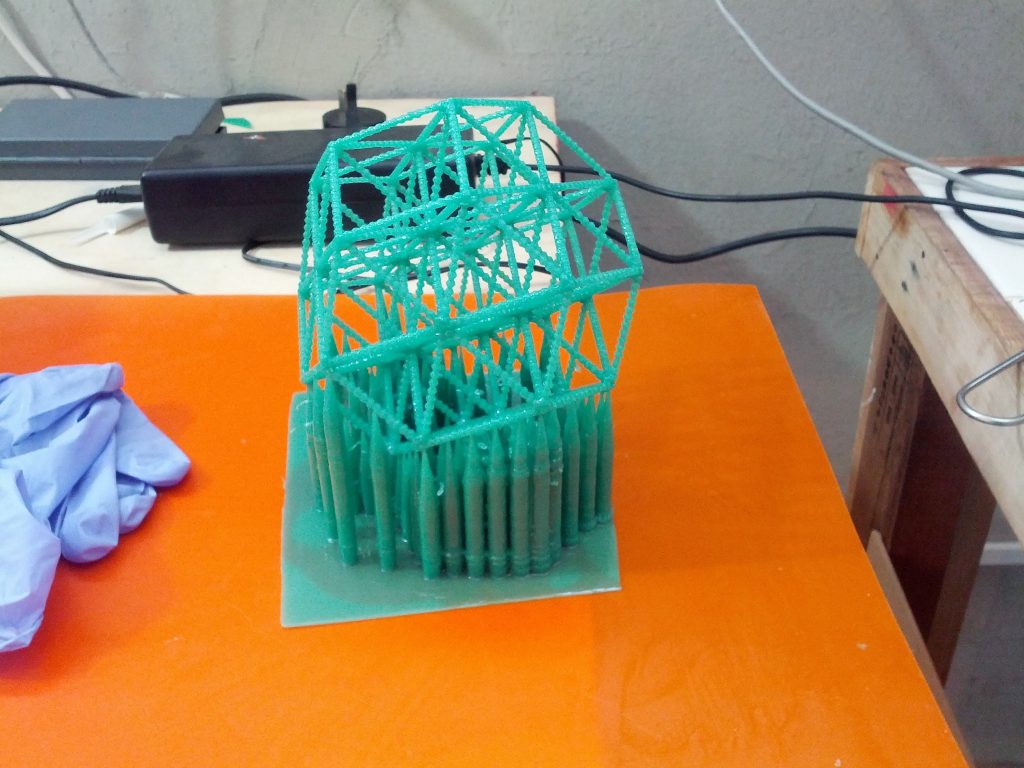 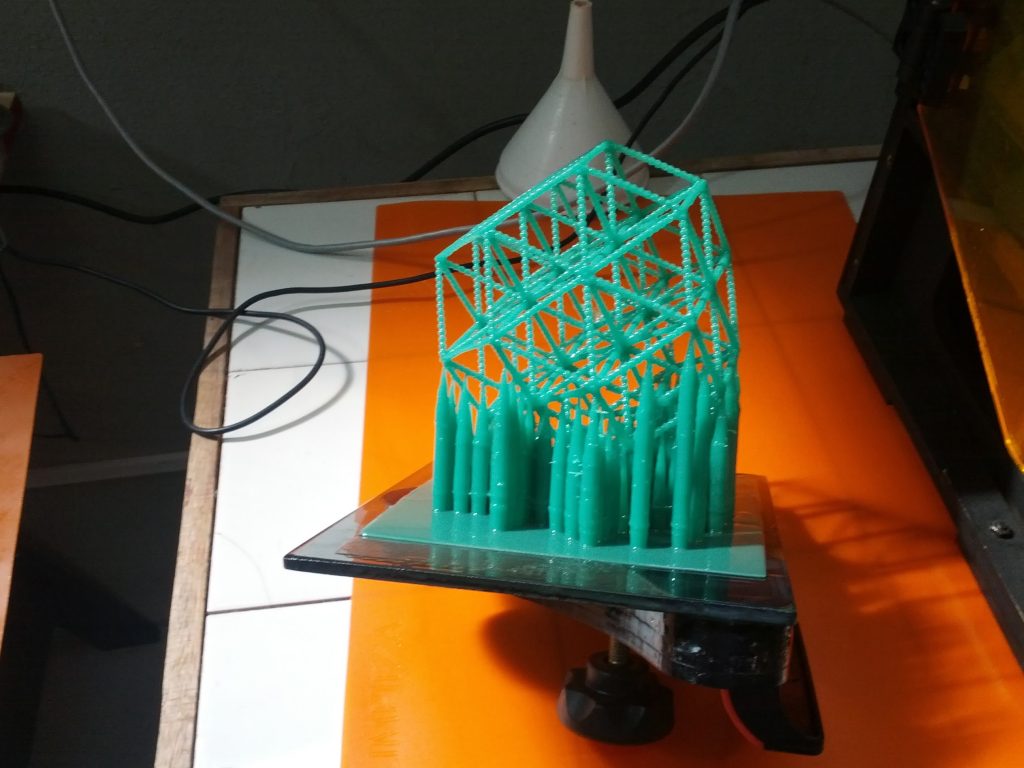 Greetings to everyone from Barcelona!

Introduction to 3D printing in Pipoca

Introduction to 3D printing in Pipoca