One day my Nexus 5 started to reboot in an endless loop, I was just heading to a via ferrata so no way to look for a solution at that moment. We managed to stop the behavior. But it was happening over and over again later.

Checking in the internet I found some misleading comments in forums about the issue caused by a software update and things like this.

The fact is the issue comes from a design problem. With time, dirt gets into the switch inside the cellphone. Not the button but the switch behind it. And it gets sticky.

So when you push the button, the switch gets activated but stays there forever or not. No predictable behavior. If can happen that it stays activated and creates a never ending loop of reboots, or that it just shuts down.

At the same time, the cellphone battery had gradually lost its power capacity. It’s usually the same timing, about two years 😛

There is a simple solution for the sticky button. Simply clean the switch properly to eliminate all the dirt.

The process is explained in detail here:

First release the cover gently. Be careful if you use a screwdriver. In my case I scratched a bit the cover.

Remove the screws and then the plastic cover. 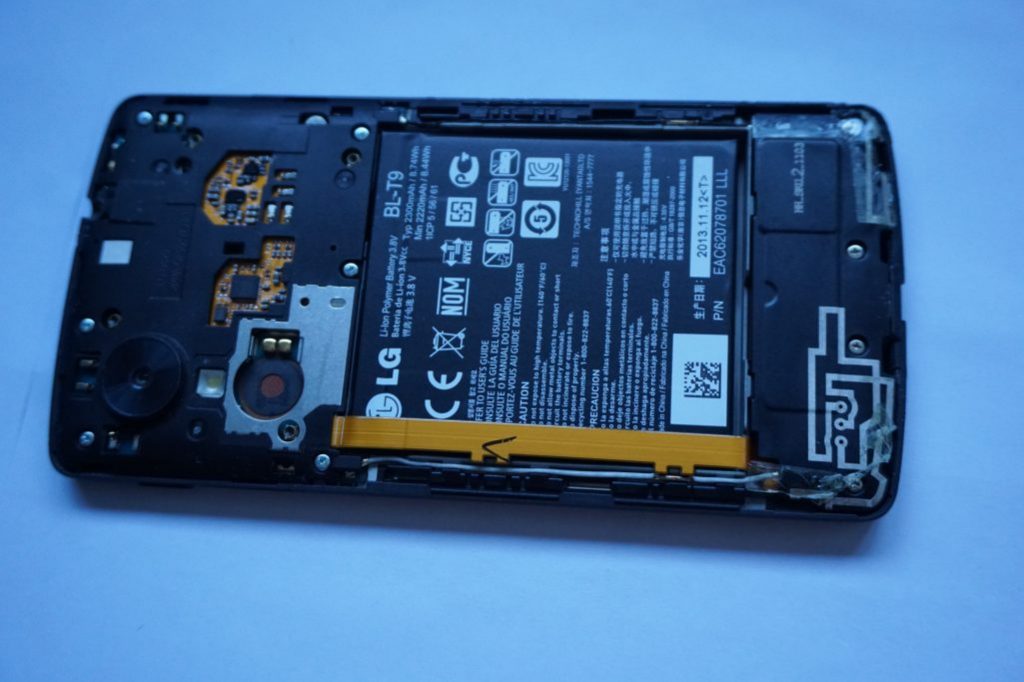 Now take all the connectors out, I count six.

This is the switch to clean

As I was also in the same process, I changed the battery.

First cleaned the switch, checked that it worked, and then changed the battery.

Don’t apply several changes at the same time otherwise you cannot troubleshoot where the problem is in case of an issue.

It has been working fine for several days, so happy to extend my Nexus 5 life 😀